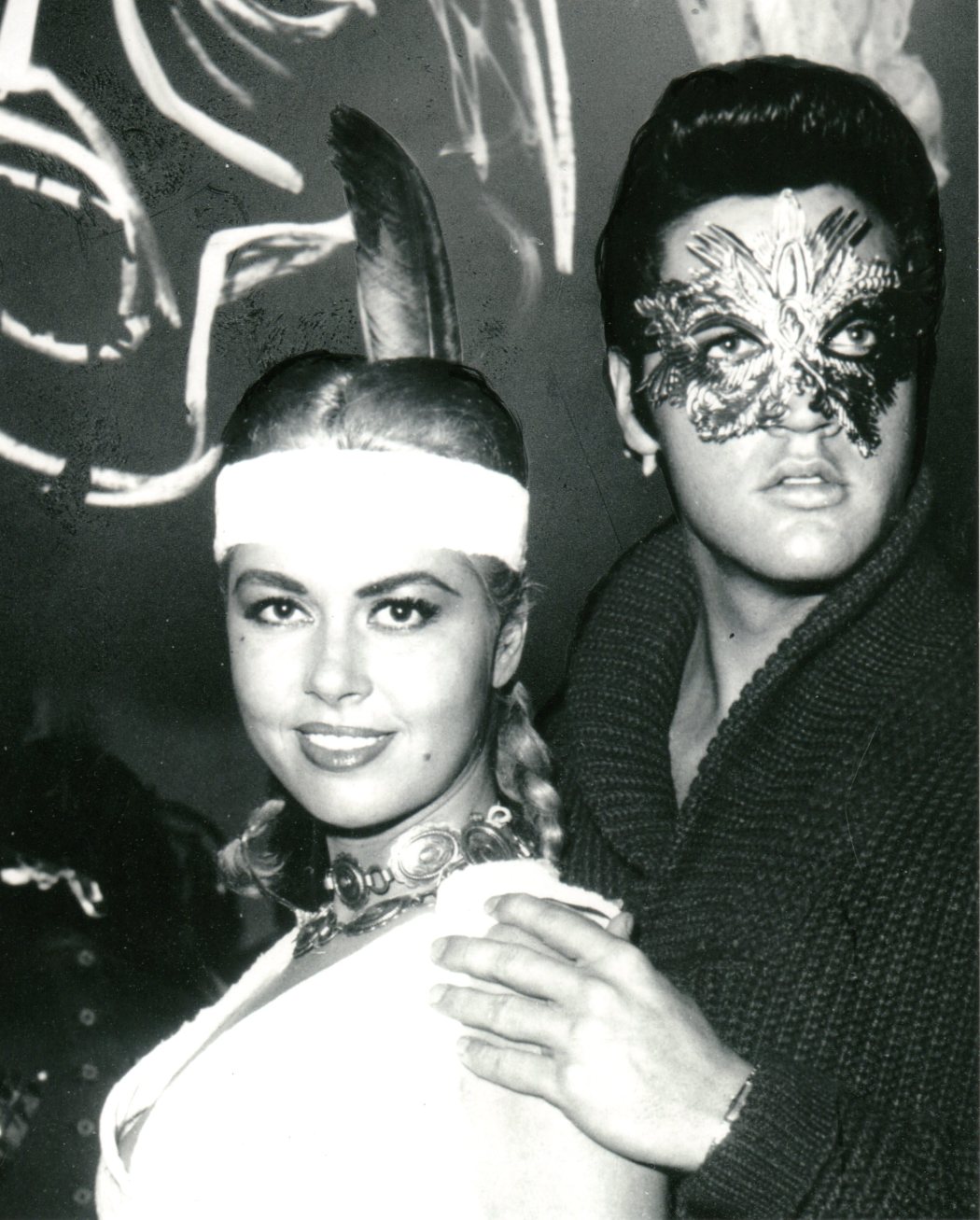 This is a new 2 part article published in ELVIS: The Official Elvis Presley Fan Club of Sweden

The entire article is in Swedish.

Initiated with a few outspoken quotes from Jeanne Carmen

JEANNE: “My skirt rides up in the air, all of a sudden he jumps on me and gets all excited and we’re doing pretty well, he pulls up my shirt and suddenly …” JEANNE sees some men outside the window. ELVIS: “It’s just my guys, honey.” JEANNE: “I would prefer that your guys are not watching.”

JEANNE: “I was at a party and I had this Indian costume on, no bra underneath and ELVIS comes in and “ah, hello “. The photographers are taking pictures of us when suddenly his manager took him away because he thought that ELVIS had some other things to do which made me angry.. that ELVIS would leave me like that. “(Halloween Party October 31, 1957).

At a later date JEANNE meets ELVIS at a hotel where ELVIS is sitting and playing guitar. Suddenly he says: “Do you have any panties on?” “It was his favorite question to the girls he was with. And there I was, of course not …”

I fried Southern Fried Chicken for him just as his mother used to make, and on another occasion when I fried chicken, I got a gift from him. It was an apron so I put it on myself right there and it was all I had on me and everything went fine until I bent forward to see if the chicken was done. The chicken was burnt that night, hehe. ”

In 1998 Carmen was portrayed in the TV biography Jeanne Carmen: Queen of the B-Movies, as part of the series E! True Hollywood Story. The film was alleged that CARMEN had a “dangerously close friendship with MARILYN MONROE and the KENNEDY family” and after MARILYN’s death, the Chicago Mobster JOHNNY ROSELLI said that she should leave town and CARMEN who believed that her life was in danger fled to Scottsdale, Arizona, where she stayed incognito for more than a decade.