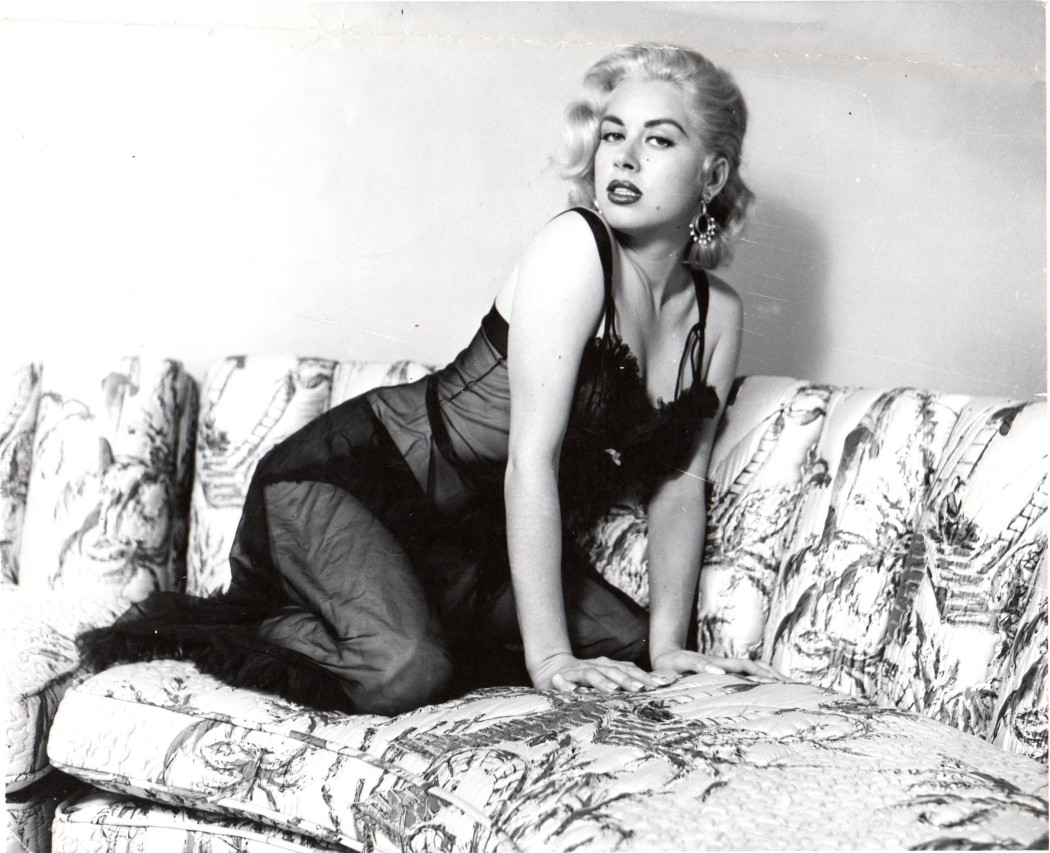 A new article on Pin Up Icon JEANNE CARMEN has been published in GERMANY in ROCKABILLY RULES Magazine – The Online Magazine that Rocks!

Read the full article at this link:

Here is a brief excerpt: [translated into English]

After the death of her dearly beloved friend MARILYN MONROE, JEANNE CARMEN was threatened by JOHNNY ROSELLI, who worked for the Mafia boss SAM GIANCANA from Chicago. Because the beauty’s life was in danger, she retired from Hollywood and fled to Scottsdale in Arizona.

For more than a decade JEANNE CARMEN lived there incognito and dyed her platinum hair brunette. She never mentioned her showbiz career, married, had three children moved on and led a quiet and peaceful life without the big stage, the spotlight or any glamour. In 1998, Jeanne Carmen was the subject of the TV biopic “Jeanne Carmen: Queen Of The B-Movies” that rotated [on the E! Entertainment Television series True Hollywood Story].

In the opening scene it evokes that the beauty [Jeanne Carmen], “had maintained a dangerously-close friendship with MARILYN MONROE and the KENNEDY’S and that following the death of MARILYN, CARMEN was told to leave the city immediately.”

On 20 December 2007 JEANNE CARMEN died of a malignant lymphoma at the age of 77 years at her home in Orange County, California

JEANNE CARMEN is still unforgotten and always will be the best friend of the film icon MARILYN MONROE in memory.